You’re under more surveillance than ever… Tests in this human “laboratory” show how it could get (a lot) worse… In the mailbag: “Government holding the gun for you doesn’t make it okay”…

Picking back up on one of the big themes on our radar, last Thursday, we showed you how a sinister Surveillance Society is taking root in America.

In a Surveillance Society, the feds – helped by their partners in Silicon Valley – keep tabs on you, digitally, 24/7.

They know everything you do online – including what you read, where you vacation, and what political parties you support.

They even know your deepest secrets, thanks to your online search history.

And thanks to face-recognition cameras… and the geo-location tracking in your smartphone… it’s becoming increasingly easy to find out your location.

We’ve been warning you that it’s a growing threat to your personal liberty… even if you have “nothing to hide.”

We regularly hear from folks in the Daily Cut mailbag about why these mass surveillance systems don’t bother them.

Privacy, they say, is just not that big a deal.

But if that really were true, why don’t we publish the passwords of our email addresses so anyone can take a look inside?

And why don’t we open our medical records up to the public… along with what we tell our shrink and our lawyer?

Deep down, we all do things to protect our privacy. It’s what allows us to be ourselves – even if being ourselves isn’t to everyone’s liking.

When you think you’re being watched, you make behavior choices other people want you to make.

That’s the message from Dan Denning. Dan is Legacy Research cofounder Bill Bonner’s right-hand man at The Bonner-Denning Letter. And he takes a dim view of the increase in surveillance…

If people are watching you all the time, you watch what you say. If you stop saying it, eventually you’ll stop thinking it. Thus is your behavior modified by cracking down on free speech.

You can only keep government limited if you’re free to speak your mind and hold those in power accountable.

That’s why brutal regimes throughout history have lavished resources on creating and maintaining secret police forces and eavesdropping equipment.

And as we’ve been showing you (catch up here and here), modern mass surveillance systems are far more powerful than anything Lenin’s Cheka, Hitler’s Gestapo, or the East German Stasi could ever dream of.

If you believe mass surveillance is not a threat to your liberty… or that governments don’t weaponize it to quash dissent… you haven’t zeroed in on what’s going on in Xinjiang.

It’s a region in northwestern China made up mostly of deserts, mountains, and mud-brick villages and towns. It accounts for one-sixth of China’s landmass.

And this unlikely place has become a human “laboratory” for the Surveillance Society.

Xinjiang is home to about 10 million Uyghurs (pronounced “Wee-gurs”). They’re an ethnic minority from Central Asia. And the Uyghurs are out of favor with the Party bosses in Beijing.

This has led it to become a fertile testing ground for the Chinese feds for the nationwide mass surveillance system they’ve been building.

That’s when about a thousand Uyghurs rioted violently on the streets of the provincial capital of Xinjiang. They were protesting against the killing by Han Chinese (the main ethnic group in China) of two Uyghurs in a brawl.

Beijing responded first by rounding up suspects. Then it blanketed the area in cutting-edge surveillance equipment to make sure Uyghurs never rioted again.

That’s going by a recent finding from GDI Foundation, a non-profit that supports a free and open internet.

It recently discovered a Chinese database online. The database tracked 2.5 million residents of Xinjiang. Over a span of 24 hours, it had logged more than 6.7 million coordinates.

These moves were recorded using “trackers.” Trackers can be handheld face-scanners… or CCTV cameras armed with face-recognition technology.

And Xinjiang has a lot of them…

Paul Mozur, a technology reporter for The New York Times, recently spent time in the region. And he counted 250 cameras on a two-stop subway ride there.

A report last year by Human Rights Watch revealed that Chinese authorities have put “QR codes” on the homes of Uyghur families. Local police then scan these codes to get the family’s details.

QR codes – or Quick Response codes – are a type of barcode. You’ve probably seen them…

You may have scanned a QR code to pick up an online order at a Target store… or on the back of a box of cereal to get a recipe. And in most of China, people use these barcodes to pay for stuff using apps on their smartphones.

But in Xinjiang, the feds are using them to scan and track humans.

And it gets even creepier…

The Chinese feds are using free government “health checks” to ratchet up their control over the Uyghurs.

But the Chinese doctors don’t check your blood pressure… or your heart rate… or your kidney health. Instead, they take a DNA sample, scan your face, record your voice, and take your fingerprints.

With that level of identifying biometric data… and millions of “trackers” keeping a watchful eye across the province… dissent is out of the question.

And even if you could evade the cameras and face-scanners… from your DNA, the feds know who your family members are.

So if you ever get caught doing something you’re not supposed to, you know the feds will pick up your family members as well as you.

This is already happening… on a staggering scale.

There are about 1 million Uyghurs in Communist Party “re-education” camps in Xinjiang. Details are murky about what goes on there. But from Uyghurs who’ve told their stories after being released from them, and then fleeing China, it involves exposure to lengthy lessons about Communist Party doctrine and propaganda.

Bill calls it “slavery by algorithm”…

And if you think America won’t sleepwalk into some version of it… think again.

It’s the bitter fruit of the Information Age. Using the latest in surveillance technology, AI, and Big Data, the feds can keep track of everybody all the time. The temptation will be irresistible to use these tools to control people in the U.S.

Throughout history, any technology – whatever it is – has been taken up by the elite and used by them to increase their control over the rest of the population.

Will that be bad? Well, it depends. I won’t like it. Our readers may not like it. But most Americans will like it just as they do in most of China. They’ll say, “Well, it’s so much safer now because we’ve gotten the bad guys off the streets.”

Tomorrow, we’ll be showing you another creepy way this Surveillance Society is being built out.

As you’ll see, chances are you have a number of surveillance devices in your home… And some are likely already “bugging” you.

In the mailbag: “Government holding the gun for you doesn’t make it okay”…

More “hullabaloo” today (as one of your fellow readers put it) over the debate over socialism versus capitalism.

The only way so-called capitalists can effectively defend themselves is by clearly understanding that socialism is immoral. Stealing from my neighbor because they have more than I do is flat out wrong. Just because the government is holding the gun for you doesn’t make it okay. Equal is unfair!

If you are wealthy, shrug off the guilt and be proud of what you have achieved.

I believe the United States of America has been rushing headlong towards national suicide for some time. While we have made great strides in invention, creativity, and productivity, the average wage earner has been losing ground for more than 30 years.

People sense something is seriously wrong, and there is a multitude of theories regarding where to place the blame. The political Left, for example, blames capitalism as the culprit and believes socialism, or some form of it, is our only solution.

The America I knew as a baby boomer (I am 71) is a distant memory. When I grew up, the economy was robust enough, wages high enough, and prices low enough that a middle-class wage earner could easily support a family on just one income. Now, most families need dual incomes to achieve the same or a lesser standard of living. So, what went wrong?

In two words: government and debt. Government produces NOTHING. Every dollar it spends or gives away must be taken from someone. And what government takes is a parasitic drag on our economy. Meanwhile, our national debt has grown from a measly $317 billion in 1965… to a mind-numbing $22 TRILLION. Who owns much of this debt? YOU.

The United States of America is well positioned to mutate into the United Socialist States of America, or the USSA. The rush headlong to destruction is gathering speed. Bottom line: If we lack the will or intelligence to get our government’s growth and profligate spending under control, then destruction will be our lot. We are well on our way to a very dismal end.

Is America careening toward its “dismal end,” as Scott B. says? Are you worried about China’s surveillance tactics coming to America, or are we overreacting? Write us at [email protected].

Last year, at the first annual Legacy Investment Summit in Bermuda, I (Chris) took to the stage with Legacy Research cofounder Bill Bonner for a panel discussion. We discussed what we called the assault on ideas that’s going on in America right now… and the increasing level of censorship coming out of Silicon Valley.

During our talk, Bill explained why he doesn’t trust public information… and why he believes the internet failed to make us free. And now, for a limited time, you can hear it straight from Bill.

On May 22, the man who predicted the 2008 crisis will reveal the exact day stocks could crash this year…

Investors caught unaware could be in serious trouble. But for a handful of traders, it could mean a serious payday.

Get the whole story here… and see if you have what it takes to be one of them. 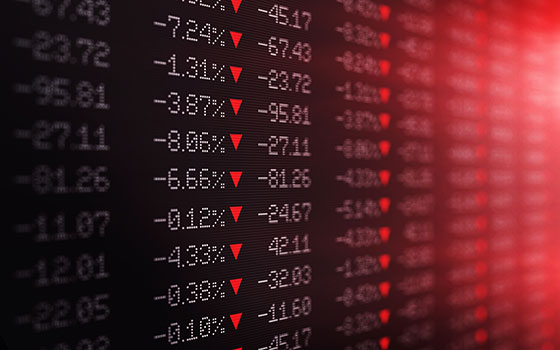