Welcome to our mailbag edition of The Daily Cut.

Each Friday, we answer the questions you and your fellow readers have for Teeka Tiwari, Jeff Brown, Bill Bonner, Doug Casey, Dan Denning, Jason Bodner, Nick Giambruno, Dave Forest, and the rest of the Legacy Research team.

Today, we dive into the meat of the matter – what the post-COVID-19 world will look like.

As you’ll see, our tech expert, Jeff Brown, says everything we thought was normal is now collapsing. And a new world order, dominated by the next generation of tech giants, is taking its place.

He’ll give you a fascinating peek into our future from one of the world’s leading tech minds.

But we’re kicking off this week with a question about another kind of disruptive new technology – cryptocurrencies.

If you’ve been with us for some time, you’ll know Teeka Tiwari was the first guy in our industry to focus exclusively on cryptos in a major investment advisory.

He first recommended bitcoin (BTC) to our Palm Beach Letter and Palm Beach Confidential readers when it was trading for $428. Since then, it’s shot up 2,112% to $9,470.

Teeka also recommended ether (ETH), the coin associated with the Ethereum crypto platform, when it was just a minnow. Since he recommended ETH to his readers in 2016, it’s up 2,158%.

And Teeka’s top-performing recommendation in the Palm Beach Confidential model portfolio, a Chinese crypto project called NEO (NEO), is up 8,021% since Teeka first recommended it in 2017.

Last week, Teeka hosted a special briefing all about a supply-altering event for bitcoin called the halving.

As the name suggests, the halving cut the new supply of bitcoin in half. And as Teeka explained during his briefing, it’s the catalyst for the next leg higher in the crypto rally. The last two times the halving occurred, you could have made gains of 7,382%… and 11,645%.

And now, the halving of new supply is coinciding with a surge in demand, as mainstream investors, hedge fund luminaries, and Silicon Valley billionaires buy into bitcoin.

Last month, the Securities and Exchange Commission (SEC) allowed $130 billion hedge fund Renaissance Technologies to get involved in bitcoin. And the firm of one of Silicon Valley’s most successful venture capitalists (VCs), Marc Andreessen, is shifting $515 million into crypto.

To address this flurry of new developments, Teeka held a Q&A during his briefing. Here’s a question he answered about it…

Viewer question: Teeka, how big a deal for crypto is it that Renaissance Technologies [RenTech] and Marc Andreessen are coming into the crypto space right now?

Teeka’s answer: It’s hard to overstate the importance of these major players entering the crypto market. These folks control an enormous amount of money. And that’s extremely important in a fledgling new market like crypto.

The most important reason this is a big deal is the credibility it brings to this asset class. Marc Andreessen at his VC fund Andreessen Horowitz and Jim Simons at RenTech are two of the most respected players in the hedge fund and VC industries. Their involvement elevates crypto as an investable asset for everyone else in the hedge fund and VC communities. You’re talking trillions of dollars of assets potentially flowing into crypto.

When I first started writing about crypto, I’d get hate letters saying, “How can you recommend this? It’s magic internet money. It’s used by pornographers, it’s used by terrorists, it’s used to buy drugs. Banks will never buy it, banks won’t ever use it, institutions won’t touch it.” This was the world I lived in when I first started recommending individual cryptos to my readers in 2016.

But I’m not surprised to see Andreessen and Simons coming into the space. It’s something I prophesized for years. I told my readers that the greed these guys have to be the biggest and the best would get players like this involved.

The entire crypto space is going to take a leap forward into adolescence. It’s still a kid right now… and just under $260 billion. That’s roughly the market value of Home Depot.

As the crypto market grows from being a kid into being a teenager, it’s going to grow from a multibillion-dollar to a multitrillion-dollar market. That growth will give us the ability to make the types of outlandish gains that take place during the halving phenomenon.

The average gain for Teeka’s first five recommendations is 266%. And the highest gainer is up 664%.

Meanwhile, the average gain for his “Final Five” recommendations is 394%. And the highest gainer is up 1,080%.

So kudos if you took the plunge and bought on Teeka’s recommendations.

Switching gears… a question for our tech expert here at Legacy, Jeff Brown. 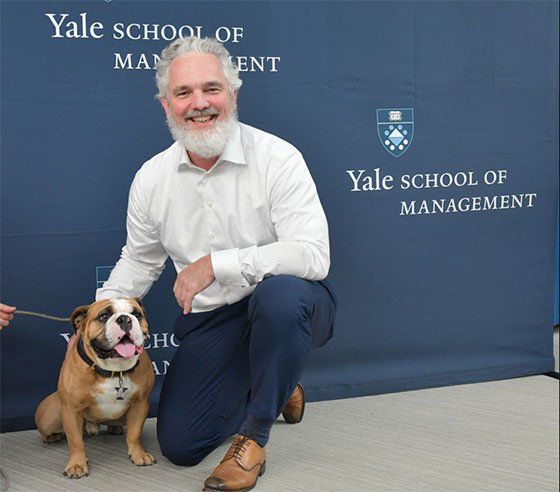 Jeff’s been knocking it out of the park over at The Near Future Report, our flagship tech-investing advisory. It’s focused on generating outsized returns from large-cap technology stocks.

Lately, Jeff’s also been getting accolades from readers about his clear-eyed take on the COVID-19 pandemic.

He’s been sharing a ton of research… and insights – with the data to back them up – over at his free daily tech-investing newsletter, The Bleeding Edge. (Sign up here if you haven’t already.)

And one reader wants to know what it all means…

The aftershocks and repercussions from our responses – economic collapse, loss of liberties, and ultimately more death than from the virus itself – could very well burn down societies and nations.

Eventually, a phoenix will be reborn and rise from the ashes. But what will it look like?

Jeff’s answer: Thanks for writing in, Steve. You have an interesting take on the situation. And I happen to agree that the virus itself is not the true “black swan.”

After all, pandemics come and go, and many experts have projected that more will come. It’s estimated that the H1N1 swine flu virus infected somewhere between 700 million and 1.4 billion people. And as many as 575,400 died, according to the Centers for Disease Control and Prevention (CDC).

As tragic as that was, the global economy never stopped. There were no lockdowns of any kind. The black swan event this time wasn’t COVID-19. It was how the world chose to deal with it.

Your analogy of a phoenix is apt. Everything we once considered “normal” is rapidly being torn down. In its place will be a new world order, dominated by the next generation of technological giants.

It is the moment that the latest generation of “digital-first” technology companies has been waiting for. Consumers around the world, set in their ways of shopping, working, and entertaining offline, have been abruptly forced to change.

Tech companies have been there, waiting quietly for a catalyst to push the entire world to use phones, tablets, and computers to do everything. No task, and I mean not one, is sacred.

We order groceries online through Amazon (Whole Foods) or Instacart. We order lunch or dinner through Grubhub, Uber Eats, or DoorDash.

Need prescriptions filled? Home delivery just became a norm, whether we order through our local or national pharmacy.

Wine and spirits can be happily delivered to our doors.

Entertainment? Netflix, HBO Now, Amazon Prime, Hulu, Roku, Showtime, and Disney+ all deliver whatever shows and movies we want at our convenience.

Need a business setting? Zoom or Microsoft Teams. And before we know it, we’ll be hanging out and meeting in augmented and virtual reality settings for more enhanced, immersive experiences.

Masks on airplanes, distancing on public transportation, and temperature checks at entrances will be constant reminders of the lockdown of 2020.

This new reality will make travel inconvenient. It will dramatically reduce our amount of personal and business travel. And there will be a strong preference for personal travel to be limited to driving distance.

In a light-switch moment, routine healthcare visits now take place using telehealth providers. Companies will have subscription plans and send out member’s kits with basic medical diagnostic equipment that anyone can use.

These are just a few of the permanent changes that will happen or have already happened. There will be more.

And, yes, there are severe and exciting investment implications. In the months and years ahead, I’ll be advising my readers to invest in the companies that are well-positioned for these changes.

Reader question: You cannot believe how much hope and light you have brought to so many of us with your honesty. My husband is still working, and he is 81. We have invested heavily in gold and some silver.

I keep reading about the government taking our savings from our bank accounts, which we worked hard to save up. How likely is this? How can we put those funds in a safe place and still have access to them?

Tom’s response: The government will steal savings through debasing the value of the dollar… and taxation, of course. I don’t expect we’ll see bank failures… not in this phase of the cycle at least. The only defense is to own gold and silver, continue earning an income (does your husband enjoy his work? I’d bet he does…), and be careful with your expenses. It sounds like you’re doing fine.

As you may already know, Tom is hosting a special briefing on gold next Wednesday at 8 p.m. ET.

He’ll explain in detail the strategy he’s personally using to profit as gold hits his price target of $10,000 an ounce. (It’s trading at about $1,746 at writing.)

He’ll also share the name of one of his highest-conviction trades, which you can act on right away. So if you haven’t signed up to attend already, go here to save your place now.

Finally, if you haven’t already, make sure to read the insight Tom shared in these pages on Wednesday about why he’s so convinced gold is set to soar.