I (Chris Lowe) was a “petrolhead” growing up…

Petrol is what we call gasoline in Ireland, where I’m from.

I didn’t dream of being an astronaut or a pilot… I dreamed of being a Formula 1 driver.

And I loved every minute when my dad took me screeching, veering, and bouncing along the winding roads of the Wicklow Mountains in his fire-engine-red BMW M3. 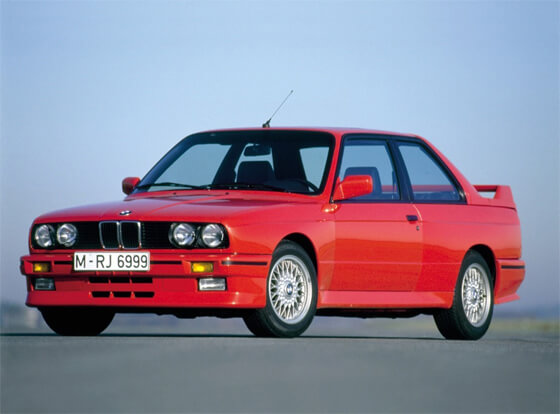 A BMW M3 like the one my dad drove. Source: Supercars.net

But today, the world’s best cars have nothing to do with gasoline. They have electric engines. And soon they’ll drive themselves (although not with the same flair as my dad).

This is the biggest change in transportation we’ve seen in our lifetimes. And it’s been paying off big for our readers.

So today, I’ll break down those wins for you. And I’ll show you two simple ways to profit as EVs replace the gas-guzzling cars that dominate the roads today.

Ambarella is a “fabless” semiconductor company. It designs and sells chips. But it doesn’t manufacture (aka fabricate) the silicon wafers it uses in them.

And it’s focused on specialist chips for image processing and computer vision. That’s made it a great way to profit from our self-driving future.

Computer vision is how the artificial intelligence (AI) software that pilots self-driving cars interfaces with the real world.

Jeff added it to the model portfolio of our small-cap tech investing advisory, Exponential Tech Investor, in March 2019.

As he put it at the time, you can think of computer vision as the “eyes of AI”…

It’s how AI interfaces with the real world. It processes the visual inputs from its surroundings to infer and decide which actions to take. Actions such as enabling the brakes to avoid a car accident.

For cars, airplanes, robots, or any other kind of machine that needs to operate in the real world – amongst humans and other moving devices – computer vision is an absolute necessity.

And he made a prediction…

As the market heats up for AI semiconductors, I believe we’ll see higher valuation multiples than we’re seeing today. Ambarella is trading at a reasonable enterprise-value-to-sales (EV/S) ratio of 4.5. In a high-growth market, seeing a valuation multiple of 6 would not at all be unreasonable.

The EV/S ratio is one of Jeff’s favorite ways to value tech companies. It tells you how much shareholders are willing to pay for every $1 in annual sales.

Since Jeff’s recommendation, Ambarella’s valuation hit his target of an EV/S ratio of 6… and then some.

When he sent out his sell alert to readers last Wednesday, it was trading at an EV/S ratio of 13.8. So Jeff decided to lock in gains in the model portfolio.

But if you missed out on these gains, don’t worry. The EV megatrend is just getting started.

As I said up top, the best cars on the road are now EVs…

Don’t just take my word for it…

An EV from Tesla (TSLA) competitor Lucid (LCID) just won the coveted Car of the Year award from Motor Trend.

The car magazine has been giving out the award since 1949, when electric cars were still sci-fi.

The winning model for 2022 (the current model year) was the Lucid Air. 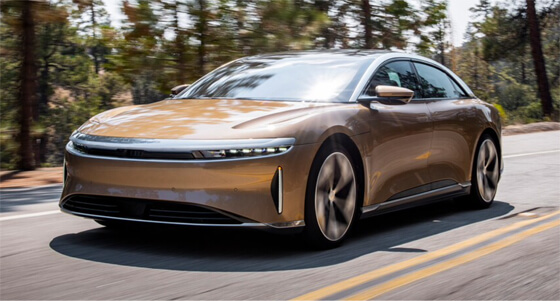 That’s the longest range of any electric car yet, including any Tesla model. And it’s about four times the horsepower of my father’s BMW M3.

It even beat the horsepower of gas guzzlers from Honda (HMC), Hyundai (HYMTF), and Mercedes-Benz.

Jeff says he wouldn’t be surprised to see the number of EV sales in 2030 jump to more than 40 million – even 50 million.

That would mean about three times as many EVs on the road at the end of the decade as there are today.

Ford (F) is investing $22 billion through 2025 to deliver battery EVs. It plans to be carbon-neutral by 2050. But the company still sees a role for hybrids with gas engines.

General Motors (GM) says it plans to stop selling gas guzzlers by 2035. In April, its Cadillac division said it plans to offer no new models with internal combustion engines.

And starting in 2025, Mercedes-Benz says all its new vehicle platforms will be EV-only.

So how can you play the EV revolution in your portfolio?

Ambarella is no longer an open recommendation from Jeff. But he’s still bullish on chipmakers as way to play this megatrend.

Here’s why: The average car has over 1,400 semiconductor chips in it. The most basic EV model from Tesla has more than 3,000.

If you’re not already a Jeff subscriber, a second-best choice is the Global X Autonomous & Electric Vehicles ETF (DRIV).

This exchange-traded fund (ETF) gives you exposure to EV makers such as Tesla, NIO (NIO), and Ford.

It also gives you exposure to the companies supplying chips to EV makers. These include Nvidia (NVDA) and two chipmakers Jeff was an executive at before coming on board at Legacy, Qualcomm (QCOM) and NXP Semiconductors (NXPI).

I’m talking about lithium, cobalt, nickel, and other metals that are key ingredients in the rechargeable batteries in all EVs.

Without them, cars like the Lucid Air can’t run. Meaning there is no EV revolution.

That’s pushing up the prices of the mining companies that dig these metals out of the ground.

It’s a junior lithium mining and development company. Its Tres Quebradas lithium project in Argentina is in an area known as the “Lithium Triangle,” home to more than 40% of the world’s lithium production.

The project is sitting on over 8 million tonnes of lithium.

Neo Lithium had been in the model portfolio at our Strategic Investor advisory for just over three years when Dave issued his buy alert on October 22 for a 385% gain.

These stocks are no longer active recommendations…

But as I’ve been showing you, a simple, “one click” way to get exposure to battery metals, including lithium, is the Global X Lithium & Battery Tech ETF (LIT).

This ETF isn’t a pure play on lithium mining. It owns shares in companies involved in the entire lithium supply chain – from mining to battery production.

So it’s a good way to pick up some general exposure.

And if Dave is right, that’s just the start of an even more powerful rally ahead.