Welcome to the Friday mailbag edition of The Daily Cut.

Every week, we send your most pressing questions to our experts at Legacy Research. Then we share their responses here.

So if you have a question for your favorite analyst, let us know at [email protected].

Today, as I (Chris Lowe) promised, we’re focusing on inflation.

According to the government’s own figures, the U.S. dollar lost 5% of its value in May versus a year ago.

And as I covered in yesterday’s dispatch, higher inflation is a sure bet. That’s thanks to the unprecedented monetary injection from the Fed and lawmakers on Capitol Hill.

I’ve been sounding the alarm about inflation for more than a year.

He said the return of inflation was the “most contrarian, most unexpected, most dismissed trading idea right now.”

The story that had been winning out in the mainstream media was that inflation was dead and buried. 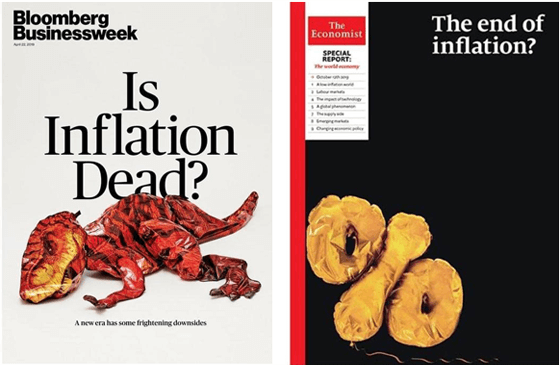 Why did Tom single these out?

Right now, deflation owns the narrative war in the press. And although these covers are from [2019], this idea still has legs. But eventually the tide will turn. When it does, trillions of dollars will come charging out of bonds – which lose value to inflation – and into gold.

As he’s continued to explain about the looming threat…

We’ve had a supply shock. And we’ve got all the stimulus in the system. That’s a potent mix for inflation.

Supply shocks cripple the supplies of goods, services, and labor. In this case, the shock was due to government-ordered lockdowns and supply chain problems. If you reduce the supply of something, all else being equal, its price goes up.

So today, I’m shining the spotlight on one of the inflation-themed questions we’ve gotten about protecting your wealth.

I mean assets that will increase in value and income production at or above the rate of inflation. I’d be interested in owning something like that. We know inflation is on the horizon. Practical steps and timing to prepare for it would be interesting.

Tom’s response: I’ve been warning my readers that the international monetary system is broken.

The U.S. has too much debt. There is no way of rebalancing the economy without inflation and a major devaluation of the U.S. dollar. This makes the debt burden more manageable.

My go-to protection from the madness that’s coming is gold. But lately, I’ve been looking for a way to diversify from gold – without moving away from my core insight that keeping as far away as possible from the financial system will protect me from what the future holds.

Shipping stocks fit the bill. I’m talking about stocks in companies that move goods and commodities across the world’s seas and oceans.

Shipping is a great business to shield your wealth from inflation because ships are hard assets. Literally… They’re made of steel.

As inflation pushes up the costs of commodities – including steel – ships become more expensive to make. You also get more for selling them for scrap. That puts a floor under the asset values of shipping companies.

This is not something vulnerable to becoming obsolete, like electric vehicles replacing taxis. There is no substitute for shipping heavy materials across the ocean.

A good place to start your search is Scorpio Tankers (NYSE: STNG). It focuses on delivering products from refineries to railcars, trucks, and pipelines.

Nilus’ response: A “safe” income idea I like is the Series I Savings Bonds – aka I-bonds.

Like other Treasury bonds, the federal government issues and backs them. They’re virtually guaranteed to keep pace with inflation.

And unless the U.S. government defaults on its debt, you can’t lose any principal on I-bonds – even if we experience deflation… or you need to cash them out before they mature.

Their value doesn’t fluctuate even though you earn interest for holding them.

Right now, the total interest they pay out is 3.54%. That’s as high as it’s been in roughly a decade.

As a kicker, the interest you earn on I-Bonds is exempt from regular state and local taxes.

Plus, if you use the proceeds for qualified education expenses, your gains could be free from federal taxation as well.

You can buy up to $10,000 of electronic I-Bonds per Social Security number every calendar year in whatever denomination you prefer – right down to the cent (with a $25 minimum). Just visit www.treasurydirect.gov to get started.

Dave’s response: I’m a fan of blue-chip gas-pipeline stocks to protect against inflation and earn an income stream in the process.

Once these pipelines are in place, these businesses are opening checks other companies send them for allowing them to use their pipelines to transport natural gas.

Someone puts the gas in one end of the pipe. Someone takes it out at the other. The gas-pipeline operator gets money in the middle.

Right now, these companies are paying dividend yields above 5%.

Where can you get that kind of income these days?

Even if drilling for natural gas stops… we’ve got enough coming out of existing wells for years to come.

So why wouldn’t you take a fat stream of income? You’ll get paid as natural gas prices rise and shares in pipeline stocks go up as well.

Jeff’s response: The key is for us to be invested in sectors and companies that are growing earnings far faster than the rate of inflation. That way, we can still significantly outperform the markets and generate substantial real returns.

One way to do that, as I revealed during my Silicon Valley “Unlocked” webinar on Wednesday, is through tiny stocks right after they go public.

That’s why I recently went back to Silicon Valley for the first time since COVID-19 hit. I was compiling a list of IPOs (initial public offerings) trading at valuations lower than where the private investors got in.

A lot of investors will simply buy a tech stock ETF (exchange-traded fund) and not think any more about it. And that’ll do better than most stock market bets over the next decade and beyond.

But it’s not going to deliver anywhere near the returns on offer in early stage stocks that have just IPO’d. I explained it all in more detail during Wednesday’s event. Go right here for the free replay.

If you have a question for anyone on the Legacy team, be sure to send it to [email protected].