China is building a digital prison… It’s a chilling warning of what’s in store for America… But it’s not too late to take back your privacy… In the mailbag: “Socialism never works, not for the people”…

Imagine you have an important flight to catch…

You have a business appointment in another city. You get to the airport early, just in case. You walk up to the check-in desk. But something is wrong…

The young lady behind the counter says you can’t board your flight. Or any other flight. Your “social credit” score is too low.

You protest. But she insists.

“Government orders,” she informs you apologetically. “You’re on a ‘restricted list’ for the next year.”

But this isn’t a dystopian sci-fi fantasy… It’s real life for hundreds of millions of people in China.

The Chinese feds call it the Social Credit System. It’s been in pilot mode in different areas around the country since 2014. And it’s built around a mix of digital surveillance, artificial intelligence (AI), and big data.

Beijing claims it’s a tool to strengthen the country’s socialist principles. In reality, it’s a mass digital surveillance system on a scale never seen before.

If you’ve been following us, you’re already familiar with this concept…

One of the most important stories we’ve been tracking for you at The Daily Cut is how Silicon Valley is working with U.S. spy agencies in the Northeast Corridor to create a mass digital surveillance state in America.

And as we told you yesterday, that now involves the feds working with airlines to roll out facial-recognition systems at 17 airports across the U.S.

China is a chilling warning of what’s in store…

Think of the Social Credit System as a giant reputation network.

Every citizen is assigned a social credit score. This score goes down if you do something the government deems “antisocial.”

Acts that can earn you a place on the blacklist… include smoking on public transport and using expired tickets, as well as more sweeping and vaguely defined violations such as “spreading false information about terrorism.”

It’s part of Chinese president Xi Jinping’s plan to build a digital surveillance – and behavior modification – system, based around the principle of “once untrustworthy, always restricted.”

You see, a poor credit score is a punishable offense.

Chinese state-run newspaper Global Times says there have already been more than 11 million instances where Chinese citizens have been stopped from boarding flights due to poor social credit scores.

It also reported that there have been more than 4 million similar instances on trains.

The “credit score” part will be familiar to you…

Three U.S. credit-score companies – Experian, Equifax, and TransUnion – keep track of your creditworthiness by monitoring as much data as they can about your financial life.

This includes your credit card balances… your outstanding mortgage debts… your cell phone contracts… even the money coming into and out of your bank accounts.

They then turn this into a FICO score. If you’ve got a low score, you’re going to have trouble getting an auto or home loan.

Here’s how the government’s official news agency, Xinhua, described one of the first pilot projects of the Social Credit System in the Yangtze River Delta region…

The national pilot plan… is expected to help nurture a sound business and social environment in the region and regulate individual behavior based on credit records.

Under the system, trustworthy entrepreneurs and individuals will be rewarded, while infringers will be discredited.

Back then, it was about keeping track of Chinese citizens’ financial lives.

But that was just the first step…

And it docks their social credit scores for “crimes” such as jaywalking, returning library books late, possessing frowned-upon religious or political materials… even insufficient patriotism.

It gets even worse, says Bonner-Denning Letter coauthor Dan Denning. The Chinese are also using facial-recognition technology to spot “crimes” – even when there are no human witnesses. Dan…

China has launched something called the Xue Liang project, which is piloting now in Chongqing.

Xue Liang can be translated as “Sharp Eyes.” The idea is to use facial-recognition software and AI to turn the security cameras that already scan roads, shopping malls, and airports into a kind of panopticon – an all-seeing eye.

The project, if successful, will know where 1.4 billion Chinese are, what they’re doing, and if they’re breaking the law.

And as you’ve probably guessed… these cameras are feeding into the Social Credit System.

If you think this can’t happen in America, you’re kidding yourself…

The U.S. government – the supposed leader of the free world – is already doing something similar. Dan again…

That’s no different from what’s happening in China with the Xue Liang project. And guess what… To get its project up and running, the Chinese government is working closely with Silicon Valley startups.

And as we’ve been telling you over the past few months, Google and Facebook are keeping track of everything you do online.

As Legacy Research cofounder Bill Bonner puts it, “This is all coming together. It’s 1984, just 35 years late.”

Since we launched The Daily Cut last August, we’ve been showing you different ways to take back your privacy.

If you haven’t taken our pointers yet, it’s not too late to start with the following…

In the mailbag: “Socialism never works, not for the people”…

Today, in the long-running capitalism versus socialism debate, your fellow readers tackle an age-old question: Will we ever find an economic system that works? And the answers are mixed…

One only needs to look at what’s been going on in Venezuela to see the final outcome of socialism! I have liberal friends who tell me that “they didn’t do it right.” Wrong! They did it just the way the left wants us to go… stealing from the workers, all of the workers, and giving the best to their cronies. Socialism never works. Not for the people.

The ONLY purpose of capitalism is to make a profit. There is no other criterion. Playing fair is not an integral factor in how capitalism works. Examples – insider trading, while illegal, is what every capitalist dreams of, as long as he thinks he can get away with it. We don’t even have a fair accounting system in which all the externalities of production or service, such as pollution or widespread illnesses, are added to the debit side of the capitalist’s ledger. Society has to bear all those burdens, not the capitalist.

While I certainly share the view that our government, irrespective of party, only distorts the economy, that is because we have the most corrupt country on Earth. But what is obvious bribery elsewhere is called campaign financing here. We have legalized our corruption.

We need smart capitalism, not what we have now – ignorant, greedy capitalism, where a few want everything. You can see where it has taken us just look at the news. The stock market is where corporations are made. Now that 401(k)s have been developed, the stock market gets a paycheck every month. The people that are helping these companies grow are getting it in the rear by the system.

Without balance, the system will not work. Look through history. The system has fallen time and time again because we are just too greedy.

Do you agree with Alden T. that America is the most corrupt country on Earth? Where do you stand on the socialism versus capitalism debate? Write us at [email protected].

In a special broadcast, he revealed his system, which can spot the market’s fastest-growing stocks up to 30 days in advance.

And until midnight, you can still watch the replay… and find out how you can claim his No. 1 recommendation. The profit potential could be enormous – as much as $9,385 in one trading day… 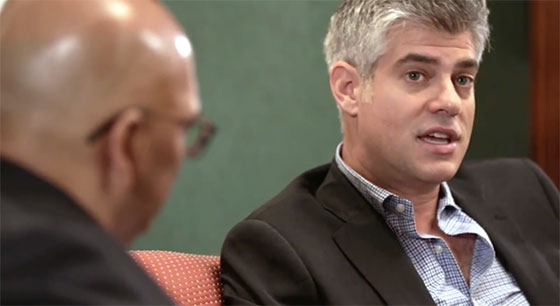