Welcome to the weekly mailbag edition of The Daily Cut.

The crypto market remains in a slump too. Since their all-time highs last November, bitcoin (BTC) is down 55%, and ether (ETH) is down 63%.

If you have money in the markets, you almost certainly feel the pain in your portfolio.

But as the old-timers say, there’s always a bull market somewhere. And as I (Chris Lowe) have been spreading the word on all week, right now that place is the commodities market.

But here at Legacy Research, we don’t do mainstream.

We know that commodities – aka “hard assets,” or things it’s hard to produce more of – are great ways to profit as inflation rises. That’s vital, as today we learned that rising rent, gas, and food prices have pushed the U.S. annual inflation rate to 8.6%.

Unlike the U.S. dollar and other fiat currencies, governments and banks can’t create oil, gold, uranium, or lithium out of thin air. Commodities are scarce.

And modern civilization can’t function without them.

So hard assets hold their values as oversupply tanks the values of the dollar and other currencies.

The Invesco DB Commodity Index Tracking Fund (DBC) tracks the price of a basket of 14 of the most traded commodities. It’s up 58% over the past 12 months versus a 18% loss for the Nasdaq.

We’ve been focusing on the opportunity ahead in this overlooked corner of the market. On Wednesday, colleague and renowned natural resource speculator Dave Forest taught a master class in commodities investing at his Super Spike Summit.

Super Spikes are recurring periods when prices for many key commodities skyrocket one after another. They’ve been getting bigger – and more profitable – in recent years.

For instance, the chart below looks at Super Spikes in energy stocks.

And as Dave explained at his event, a new Super Spike has just started.

Dave is a geologist and mining entrepreneur. Between writing three advisories here at Legacy, he travels the world finding and developing mines. 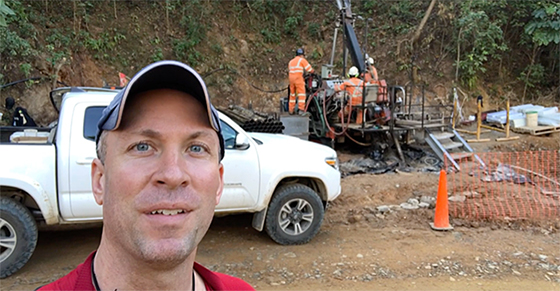 He’s helped develop the sixth-largest platinum-producing district in the world. He also discovered more than 1 billion pounds of copper in Asia and South America.

Plus, he’s given his subscribers the chance to book gains of 283%… 326%… and 384% on his commodities stock recommendations.

So if you missed his Super Spike Summit, you’ll want to catch up in full here.

Now, on to our reader questions. They’re all for Dave this week. First up, one on the boom in aluminium…

Reader question: Aluminum prices have soared this past year. What’s the practical application? Can you give a concrete recommendation of what to buy to take advantage?

Dave’s response: Thanks for your message, Paul. You’re right – like many commodities, aluminum has spiked in the past 12 months. Since June of last year, it’s up 145%. But since March, it’s down 30% – which makes now a great time to buy in.

However, I wouldn’t play it the way you might think.

So aluminum producers are paying a lot for energy. The metal’s rising price reflects that.

But it doesn’t mean those producers will see rising profits. Their margins may stay the same… or even shrink… because their costs will rise in lockstep with prices.

To play this setup, I prefer energy producers’ stocks.

Oil and gas stocks are also cheap relative to their earnings. In fact, billionaire fund manager Dan Loeb says some of them are the cheapest blue chips on the planet.

You can also pick up exposure to energy stocks through something like the SPDR S&P Oil & Gas Exploration & Production ETF (XOP). It tracks a basket of oil and gas stocks. So it won’t deliver the kinds of gains I’m targeting at my Super Spike Advisory. But it’s a good starting point.

Next up, a question about staying ahead of inflation…

Reader question: A challenging prospect lately has been where we should invest our hard-earned dollars. Obviously, you can’t keep them in a glass jar considering the current inflationary environment. What are good alternatives?

Dave’s response: If you want to beat inflation, a great idea is to exposure to what I call “hard tech” – commodities essential to the world’s most exciting bleeding-edge technologies.

Copper is one hard tech metal I’ve been tracking. It’s one of the world’s best conductors. So it’s crucial for the wiring in electric vehicles (EVs)… EV charging stations… and just about every other piece of tech we use today.

A single wind farm needs 4 million to 15 million pounds of copper. And a solar power plant needs roughly 5.5 tons – or 11,000 pounds – per megawatt of power generation.

Or take lithium. It’s a key ingredient in the rechargeable batteries that power EVs… 5G cell towers… and pretty much any other rechargeable device you can think of.

Another example is nickel.

It recently soared 100% in one day. That’s one of the biggest price explosions ever… in any market.

Russia’s war in Ukraine was the trigger. Russia accounts for about 10% of the world’s nickel supply. Now the U.S. and its allies have imposed sanctions on Russia because of the war. And we’ve lost a critical nickel reserve.

Workers don’t build hard tech in a factory. They mine, pump, or dig it out of the ground. And nature has made only so much of it. That’s why hard tech makes millionaires overnight.

Compare hard tech to regular tech. We can make laptops and smartphones nearly anywhere on the planet. You just need to build a factory. But nature blessed only a few places on Earth with hard tech supply.

Hard tech isn’t the only way to outpace the falling value of your dollars.

As he mentioned above, one of Dave’s top inflation-beating strategies is to invest in commodities stocks that pay dividends…

I mean assets that will rise in value and income production at or above the rate of inflation. I’d be interested in owning something like that.

Dave’s response: I’m a fan of blue-chip gas-pipeline stocks to protect against inflation and earn an income stream in the process.

Once these pipelines are in place, other companies pay to use them to transport natural gas.

Someone puts the gas in one end of the pipe. Someone takes it out at the other. The pipeline operator gets money in the middle.

Right now, these pipeline companies are paying dividend yields above 5%.

Where else can you get that kind of income these days?

Even if drilling for natural gas stops… we have enough coming out of existing wells for years to come.

People won’t stop heating their homes. They won’t stop using electricity. And right now, renewable resources such as wind and solar can’t meet all the demand for power.

If you’d like to put a question to our Legacy experts, be sure to get in touch at [email protected].