Chris’ note: Markets are closed today in observance of Independence Day. So instead of our usual markets fare, you’ll hear from my friend Will Bonner. He’s Legacy Research cofounder Bill Bonner’s eldest son.

Will recently founded a unique wine club. It gives folks access to wines from remote areas all over the world… including what Will calls the “end of the Earth” in northwestern Argentina. Below, he explains what makes this wine worth the journey.

Come with me on a journey 5,000 miles away… to a land where campfires burn late into the night as cowboys doze off under the stars…

…where women work looms under the early dawn’s first light…

…where heaven and Earth seem to become one on a clear, boundless horizon…

…where a small brotherhood of winemakers produces one of the highest-altitude vintages in the world.

He’s not exactly your average retiree.

He’s in his 70s and still spends most of the year traveling the world… sometimes snatching up property on a whim. 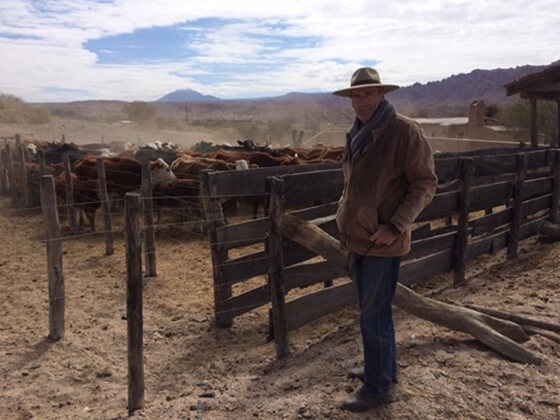 Dad with his cattle

…well, I knew I was in for an adventure.

It turned out that “something special” was a place known as the Calchaquí Valley… located way out on the frontier of northwestern Argentina.

I had to use satellite imagery to look it up… 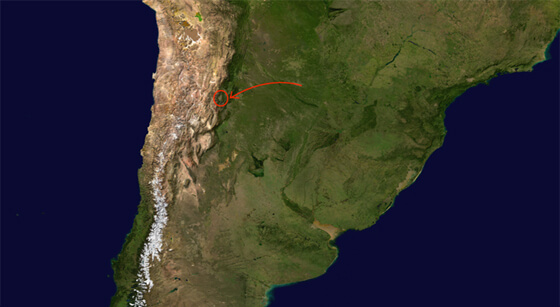 It took me three days to get there. But when I did, I was swept away by the beauty of the place…

…and how it literally felt like the end of the Earth. 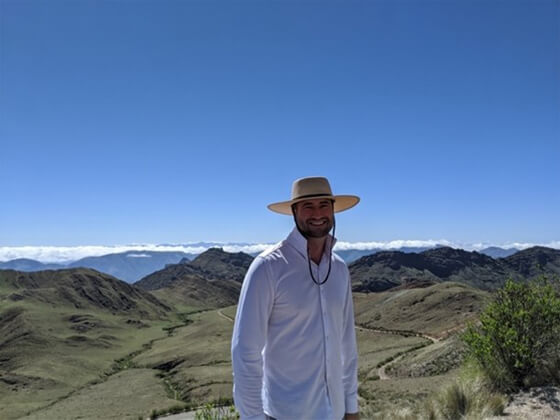 At the end of the Earth

Wine at the End of the Earth

But it’s not just beautiful. The Calchaquí also has a secret…

It’s home to one of the highest-altitude wine regions in the world… at over 8,000 feet…

…with a unique microclimate found nowhere else on Earth. 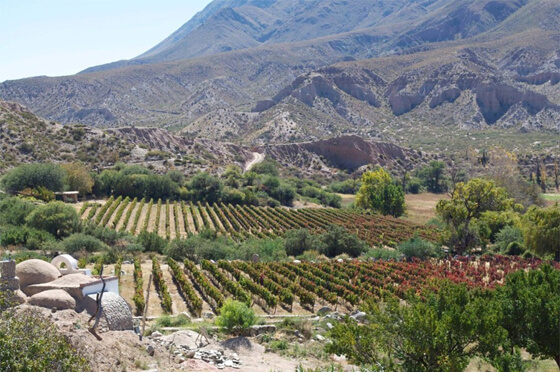 A hidden vineyard in the Calchaquí – 8,421 feet above the rest of the world

For 200 years, a small brotherhood of winemakers has been perfecting a type of Malbec unlike any other you’ve ever had (even if you’ve had Argentine wine before)…

Making wine in the Calchaquí is not so much a career as a calling.

It’s too remote. The yield at such high altitudes is too small. The roads are often impassable. And the nearest port is 1,000 miles away.

Yet year after year, through droughts, dust storms, flash floods, and pandemics… the winemakers of the Calchaquí endure, thumbing their noses at the brink of oblivion.

How much longer ’til they call it quits and move down to Mendoza (like 85% of Argentine winemakers)? No one knows…

That’s why I started bringing these wines to the U.S. – some for the first time ever – for you and me to enjoy.

Each extreme-altitude bottle is a little piece of this hidden land… and a chance to take a journey to the edge of the world.

Chris’ note: Care to taste extreme-altitude Malbec 150 years in the making? Today, you can reserve some of the Calchaquí Valley’s greatest wines… brought straight to your doorstep.

Summer is officially here, and these wines are great for any outdoor plans. Perfect for sitting by the firepit at night in your backyard, entertaining on the patio, relaxing on the beach, or heading to the park…

You can reserve yours by clicking here. (Supplies are limited and will sell out.)