Gold is now on the blockchain… It’s going to change the way you save and spend… In the mailbag: “We have to get away from only capitalism or only socialism”…

It’s the biggest shake-up in money in a decade…

In 2008, a cryptographer going by the name of Satoshi Nakamoto published a whitepaper on a new digital currency he called Bitcoin.

It was the world’s first decentralized currency – what we now call a “cryptocurrency.” And it was revolutionary.

Outside of silver and gold, there’s always been a congress, a parliament, a central bank, or a bank issuing and controlling the currency.

In fact, it’s not controlled by any single person or company. This makes it extremely hard to influence or corrupt.

The next big shake-up in money is happening right now, in 2019…

So far, cryptocurrencies had no backing from real-world assets. Or they were tied to the value of government fiat currencies, as is the case with so-called stablecoins.

But as we showed you last week, there are now about a dozen new cryptocurrencies backed by physical gold.

These gold-backed cryptos will allow you to transact as easily in gold as you would with other cryptos, using nothing but a wallet app on your smartphone.

And as you’ll learn in today’s dispatch, they’re combining the best aspects of physical and digital money… which is set to make them popular fast.

It’s the start of a “monetary revolution”…

That’s according to Nick Giambruno, who heads up our Casey Report and Crisis Investing advisories.

Nick is one of the most vocal sound-money advocates here at Legacy Research. He views gold and Bitcoin as sound money. And when these two sound-money currencies come together, Nick says it will unleash a revolution…

Gold-backed cryptos are based on sound money. So I have little doubt they will soon dominate. The combination of gold – one of the oldest forms of wealth in existence – and the secure, decentralized ledger technology that cryptos are built around on will produce a monetary revolution.

Nick isn’t the only one here at Legacy Research who’s bullish on gold-backed cryptos.

As we told you last week, Legacy Research cofounder Doug Casey believes it makes sense to own gold-backed cryptos in addition to physical gold because of their convenience.

If you joined us in Bermuda last fall for our first Legacy Investment Summit in Bermuda, you’ll remember Rick. He was there to talk about what he sees ahead for the commodities market in 2019 and beyond.

And with good reason…

Rick has been involved in natural resource investing since the early 1970s. He’s helped finance hundreds of resource companies – from the smallest gold, oil, and uranium miners… to the largest gold royalty companies. And he made millions of dollars for his clients in the process.

He’s now the CEO of Sprott U.S. Holdings, where he oversees a brokerage business, a money-management firm, and an investment partnership management firm – all focused on natural resource investing.

He prefers gold over a currency, such as the U.S. dollar, that governments and their central banks can print at will. But even Rick acknowledges that gold is awkward to store and transact with.

That’s where cryptocurrencies come in. Using secure, easy-to-transfer digital tokens to represent gold held in a secure vault somewhere gets rid of a lot of the hassles and costs involved with owning physical gold.

It’s why Rick and his team at Sprott are launching their own gold-backed crypto – OneGold. Here’s more from Rick…

If one of your readers wanted to go out and buy, say, 10 ounces of physical gold, he’s going to wind up paying over the “spot” – or reference – price. The truth is at many bullion dealers they’ll pay a 3% or 3.5% markup.

Should he change his mind two hours later and decide to sell it, he wouldn’t get spot on the sell side either. He’d get a 3% or 3.5% markdown. On top of that, you often pay to store and insure that gold. And you pay for shipping and receiving.

You eliminate the vast bulk of those transaction fees by putting gold on a distributed ledger or “blockchain.” This leads to an incredible increase in economic efficiency for buying and selling gold. They make the gold trade more efficient for folks who believe gold is money.

We’ve written before that you should have some of that gold in physical form. But gold-backed cryptocurrencies make a great compliment to your physical gold. They’re cheaper to buy and sell. And you don’t have to worry about insurance and storage costs.

It’s part of the reason why Doug says gold-backed cryptos are the one investment you should hold in addition to physical gold. You can read more on his recommendation here.

In the mailbag: “We have to get away from only capitalism or only socialism”…

The big debate in the Daily Cut mailbag these days is the rise of socialism in America. And Last Monday, reader Jack W. said that socialism is not something to be feared…

You need to look at Estonia and many other “socialist states” that provide good salaries, benefits, and treat employees with respect. Call it what you may, many people will no longer be hoodwinked into doing most of the work for little of the profit. If you find this shocking, you better wake up.

Reader Jack W. who suggested that Estonia is a model “socialist” state might want to check his facts. The poverty rate is 25% across the broad population and much higher among the elderly. The economy is decidedly private enterprise, with only 17% employed in public government, healthcare, and education.

With an average wage of 800 euros per month, inflation of up to 10%, and a very high unemployment rate, many Estonians work abroad (including many of their nurses and physicians, thus compromising the availability of healthcare, even if it is inexpensive should you be able to find a provider).

The clear lesson that comes out of the Estonian experience is that Soviet-style socialism doesn’t work and free market capitalism and integration with the Eurozone does, but there is still a tremendous overhang in making that transition. But I doubt that is the point that our friend Jack W. was suggesting.

There is currently a tremendous effort to support the idea of socialism as the answer for America, but the big challenge is finding a socialist system that actually works. Since there isn’t one and there are some very high-profile failures, proponents simply label countries like Estonia as a successful socialist state when they are nothing of the sort, apparently hoping they will be believed without validation. Estonia is a wonderful place with a lot to like. But it is not a socialist utopian dream.

The living conditions under socialism have been talked about, but I cannot believe so many supposedly intelligent people can’t see that when the “rich” are taxed to the extreme, they will simply leave the country. After all, they can live anywhere if they are wealthy.

Then where will the tax money come from needed to pay for all the free stuff (education, medical, guaranteed income for all, etc.)? The middle class, of course! What will our taxes be when we have to make up for the 70% taxes on the wealthy that caused them to leave? Do the socialist proponents still think socialism is a good idea under such a scenario?

Why is it that oil-depletion allowances, accelerated write-offs for businesses, favorable tax treatment for dividends, and other clearly socialistic corporate welfare policies are never identified as also socialism, but socialism for the benefit of a much smaller group?

We have to get away from only capitalism or only socialism. There is merit in adopting parts of each.

Do you agree with Bruce A. that there’s merit in a mixed socialist-capitalist system? Or is America better off without socialism altogether? Write us at [email protected].

IN CASE YOU MISSED IT

Mark your calendar for Wednesday, March 27…

In the world premiere of Totally Incorrect: LIVE, legendary speculator Doug Casey will go on record with what could be the five biggest predictions of his career. Plus, he’ll reveal five new speculations that could deliver 1,000%+ in the next year.

You won’t hear this from the mainstream talking heads… Reserve your spot right here. 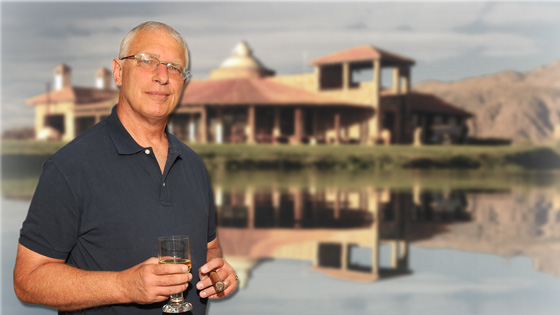