Google has been scooping up your digital data… Now it’s coming for your DNA… Tonight @ 8 p.m. ET: Tech insider reveals his No. 1 play for 2019…

As we’ve been warning you, Americans are sleepwalking into a Surveillance Society.

That’s a society in which everything you do both online and offline is tracked, monitored, and recorded to keep you under control.

And as you’ll learn below, it’s not just digital data that Big Tech companies are vacuuming up.

They’re now also coming for the most private and intimate data you possess – your DNA.

That’s about 500 years after the completion of the Great Pyramid of Giza.

But now, scientists at Harvard University have partially sequenced the woolly mammoth’s “genome” (its complete set of DNA) from ancient bones and other remains.

And they’re in the process of transplanting that woolly mammoth DNA into the living Asian elephant. The goal is to create a modern version of the long-extinct species.

I say “transplanting.” But it’s closer to the copy-and-paste functions on your computer… except it’s for DNA.

Jeff is our tech investing expert here at Legacy Research. He heads up our Exponential Tech Investor and Near Future Report advisories.

…as well as the No. 1 and No. 2 best-performing stocks in the small-cap Russell 2000 index last year.

And one of the biggest profit trends on his radar right now is gene-editing.

The official name is CRISPR…

CRISPR (pronounced “crisper”) is a futuristic gene-editing technology. And it really does work a lot like the copy-and-paste function on your computer.

It can add or delete genetic information in living organisms. It can also edit the DNA of sperm, eggs, and embryos. This means scientists can use it to make genetic changes that will be passed down to future generations.

Besides resurrecting Ice Age mammals, it can be used to edit human DNA to cure diseases.

Scientists are also using CRISPR to remove malaria from mosquitoes… grow kidneys in pigs that can be transplanted into humans… and create disease-resistant chickens and hornless dairy cattle.

And as Jeff has been telling his readers, commercial control over the “God Key” will be worth billions.

It’s why Jeff’s top CRISPR recommendation over at our Exponential Tech Investor advisory has skyrocketed 167% since he added it to the model portfolio in October 2016.

But like with all powerful new technologies, there’s scope for abuse…

And after Jeff put the following deal on our radar… we expect to see plenty of it.

That’s a big chunk of change. But what caught Jeff’s eye about the deal was who was leading the capital raise – Google’s venture capital arm, Google Ventures.

And that’s a worry. Because as we’ve been showing you, Google is one of the world’s leading for-profit surveillance firms.

Google wants to have as much data on consumers as possible. And what could be more insightful than genetic data?

Nothing impacts the human condition more than genetics. Google sees this as a major opportunity to boost revenues by advertising personalized health treatments.

Some of us might not be comfortable with handing over our genetic makeup – our DNA blueprint – to a company like Google. I know it certainly gives me pause. But make no mistake. This is Google’s true goal. And it’s coming faster than most think.

There are many ways your DNA can be used against you.

For instance, do you want your health insurance company refusing you coverage because of what it claims is a genetic marker for some disease?

Or how about your work colleague finding out about a genetic disorder because a targeted ad for a medication pops up on your office computer?

It’s why, back in February, we also recommended you steer clear of genetic genealogy services such as 23andMe and Ancestry.

Once your DNA code gets out into the open like that, it can be easily used against you.

By the way… Tonight, Jeff is making a big announcement…

As you’ll see, it has to do with a device that could completely replace smartphones. And it could be 190 times bigger than the first iPhone launch…

The last time Jeff made a prediction like this, the stock he picked went up 1,000%.

And if Jeff is right, you’ll want to get into this new opportunity in the next four to six weeks… or you’ll miss the move higher.

If you haven’t yet, secure your spot for Jeff’s reveal right here.

In the mailbag: “You are completely wrong about a trade war with China”…

Today, we turn back to the U.S.-China trade war, after we shared Legacy Research cofounder Bill Bonner’s take on it.

Bill, I always enjoy your pithy comments on whatever crosses your path. I see the massive trade imbalance we have with China as a problem, since they accumulate trillions in profits (Treasury bonds) and we accumulate increasing debt.

Enlighten me, if time permits, how that is good for us as a whole? Especially since the profits are being used to acquire commodity assets and increase their hegemony in Africa, the Middle East, and elsewhere?

Dear Mr. Bonner, you are completely wrong about a trade war with China. That you would rely on tired, old, clearly wrong tropes about free trade is part of the problem. That stuff was never true, and no real economist has believed it since the 1960s.

First, free trade isn’t a real thing. There has never been free trade, and there never will be. In the case of the Chinese, we have currency manipulation, wage manipulation, intellectual property theft, and cyber warfare, to name only a few of the things that aren’t “free”. Which of these do you believe contributes most to “free” trade?

What your slavery to the mantra of free trade generates is what we got from American politicians for the last several decades. Winners and losers. Winners were Chinese workers who got millions of American jobs. I hope you feel good that American labor rates were undercut, but obviously, it has been devastating to American workers. Losers were Americans to the point that we have half the country considering communism as a viable alternative. That is what your free trade brought.

If you think the ability to buy a few more T-shirts or a better cell phone is recompense for the job losses, you are sadly mistaken.

If you want an end game to the trade discussions, we should demand all Chinese goods be priced at American labor rates for the labor contribution involved in their production. There is no reason to compete with Chinese labor. We have plenty of competition here at home. Tariffs should be applied at whatever level required to achieve labor price parity.

That would be real free trade. We can compete on quality and efficiency. And that is a competition we can win.

Is free trade a myth, like Robin F. says? Do you believe scientists will be able to bring back the woolly mammoth… and should they? Write us at [email protected].

We’re on the verge of a sea-change in technology. And right now, you have a small window to get in at the start.

But you have to get in soon… before this trend takes off and the profits are off the table.

Tonight at 8 p.m. ET, Silicon Valley insider and our go-to technology expert, Jeff Brown, will reveal – live from Yale University – exactly how to play the biggest technology trend of this entire bull market. 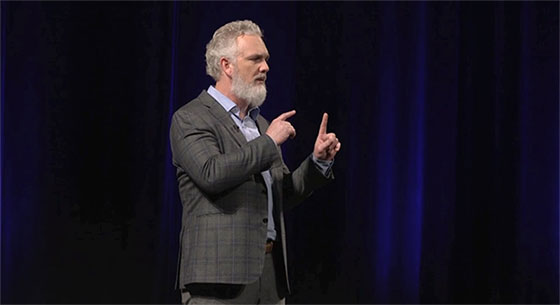