Celebrity chef Anthony Bourdain advised: If you want to learn about life, get a job in the service industry.

Basic jobs teach critical skills, especially ones missing in many professional environments. You can learn a lot about yourself – and the world – dealing with an angry customer who blames you for his lobster coming out cold.

What I’ve learned throughout my 20-year career is that travel can offer the same benefits.

Sometimes you need to change your view… to see clearer what’s around you all the time.

Not only that, but I’ve also gone to parts of these countries most tourists don’t. Mines and oil fields aren’t usually in the big cities. You often end up in the middle of nowhere – where you can experience real slices of life.

Travel taught me more than I could ever learn in an office. Here are four of my most memorable lessons.

Lesson No. 1: Human Resilience Is Astonishing

I once visited a remote village in Zambia in southern Africa.

There was almost nothing around. Locals were digging clay from a pit. They’d fire the clay in a handmade oven to produce bricks, then build houses with thatched roofs.

Imagine living where you couldn’t buy bricks. You’d have to rely on your own strength, skill, and ingenuity for the most basic items. These people did it.

Same in the high mountains of eastern Colombia. When I hiked through the peaks, it wasn’t uncommon to find a small house built on a random mountainside. No roads, no power lines, no obvious water source. The owner just found a patch of open land and decided to stay.

The photo below is from one such hike on a Colombian mountaintop. 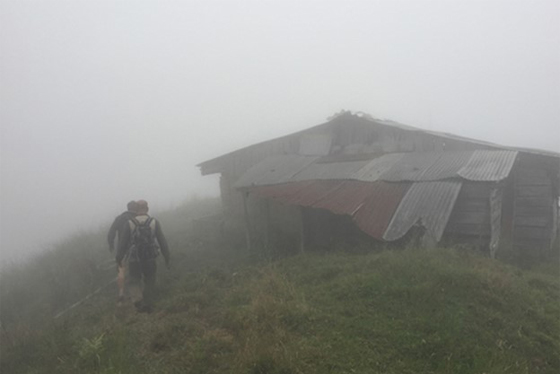 A small house built on a random mountainside in Colombia

I find this comforting. If things ever go completely off the rails – if I lose all my money and hit hard times – I still have myself.

For people the world over, that’s enough. You can always find a way.

Lesson No. 2: How to Keep a Taxi Driver Honest

Getting from place to place is stressful, especially in a city you don’t know.

Ride-hailing services such as Uber – with fixed rates and reliable navigation – are making it better. But dealing with taxis is still a major hurdle on almost every international trip.

I used to get ripped off all the time. Once in Colombia, I grabbed the wheel to prevent the driver from taking a wrong turn intentionally. He was trying to take me on a longer route and jack up the fare.

Here’s how to cut that stress.

Figure out how much it should cost for a ride to or from your hotel. Ask at the hotel or check Uber to see what’s a proper rate. Separate out that amount in cash. Put it in a pocket apart from your other money.

Now, hail a cab. Show the driver the cash and tell them, “This is all the money I have. Is it enough to get me to my destination?”

If you’ve got the proper fare, most taxis will take you. They’ll go direct and avoid the runaround. They know (or at least think) you can’t pay for an overcharge.

Drivers looking for a runaround might turn you down. But you want to avoid them anyway.

Lesson No. 3: Behave the Same Way You Do at Home

If you want to get a tattoo or go bungee jumping when traveling, that’s cool. But generally, conduct yourself with the same decorum you would at home.

An incident in Bangkok, Thailand, drove this home for me in a tragic way.

I was at a bar. A drunk tourist threw a beer bottle at the television. The bar owners pulled him into an alley and beat him within an inch of his life.

Maybe this fellow chucks bottles at home, too. But I’ve seen all manner of folks behave badly just because they’re in a different country.

In a club in Koh Samui, a Thai island, I saw a tourist walk around patting locals on the head – uninvited and unwanted. Almost certainly he doesn’t do this at home. Flying across an ocean doesn’t make it better.

Time after time, people feel entitled to act out because they’re on the road. I don’t know why. It’s just something I’ve observed.

Treat people, anywhere, with the same respect you would at home. It’ll get you a long way – and help keep you safe.

Lesson No. 4: Be Open to Wonderful Surprises

Maybe the best thing about traveling is the complete surprises.

Things locals wouldn’t bat an eye at, but you might never dream possible:

Here’s me outside a government building in Uzbekistan. 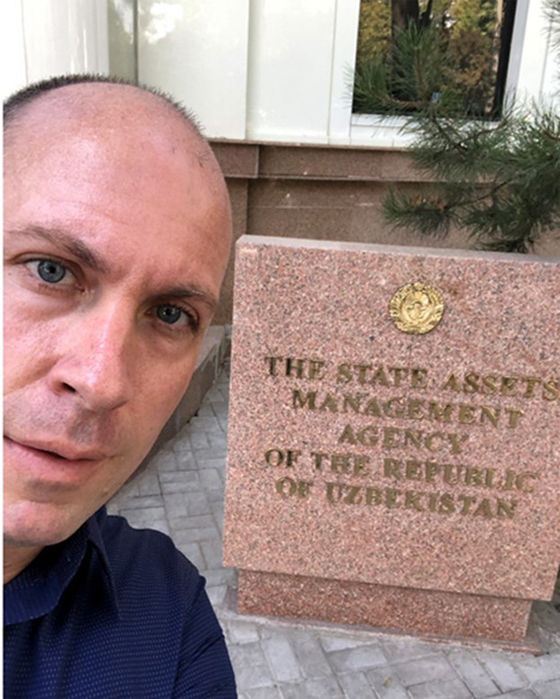 Outside a government building in Uzbekistan

Travel Is About More Than Vacationing

Bourdain wasn’t just a celebrity chef. He was also known for taking expeditions around the world, where he learned as much as he could from locals he met.

He’s right about the benefits of a service job. But I think he would also agree with me on how valuable travel is.

It doesn’t just open the door to opportunities you would never experience at home. It also helps you meet new people, who often share different perspectives on life.

And it gives you a deeper appreciation for what you already have in your own sphere, which people often take for granted.

P.S. Traveling has given me a new perspective on life… and allows me to uncover profitable stories the mainstream overlooks.

But now, they’re available to everyday investors like you – for as little as 19 cents – if you’ve got the right code.

Get the details here.